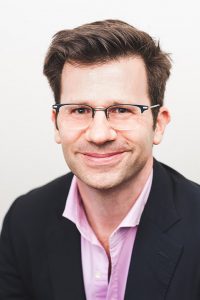 Sharon Moalem MD, PhD, is an award winning scientist, physician and New York Times bestselling author. His diverse research and work spans many fields and brings together evolution, genetics, biology, and medicine to revolutionize how we understand and treat disease. He is the author of the New York Times bestseller Survival of the Sickest, How Sex Works, and Inheritance: How Our Genes Change Our Lives and Our Lives Change Our Genes, which was chosen as one of Amazon’s Best Science Books of the year. His books have been translated into more than 35 languages.

His much anticipated most recent book, The Better Half: On the Genetic Superiority of Women, is the culmination of more than two decades of research and illuminates how genetic females triumph over males at every stage of life and how this understanding must be applied in the clinical and research domains.

Dr. Moalem has served as an associate editor for the Journal of Alzheimer’s Disease, and cofounded two biotechnology companies. His clinical genetics research led to the discovery of two new rare genetic conditions. He has also been awarded more than 25 patents worldwide for his inventions in human health and biotechnology. His scientific work led to his discovery of a first-in-class member of a novel class of antibiotic compounds which combat superbug infections caused by organisms such as methicillin resistant Staphylococcus aureus (MRSA).

Dr. Moalem and his research have been featured in the The Sunday Times Magazine, The New York Times, Vogue, The Oprah Magazine, and New Scientist, as well as on The Daily Show with Jon Stewart, The Today Show, NPR, BBC Radio London, Good Morning America, CNN, and CBS This Morning. A much sought after speaker, Dr. Moalem is a noted keynote lecturer on topics ranging from pandemics, antimicrobial resistance, human sex differentiation and genetics.